Academic Integrity needs to be at the forefront of education for ALL. 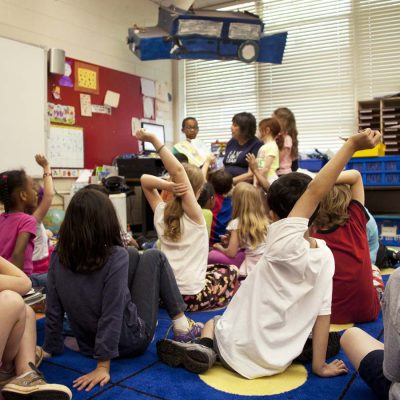 In October 2020 NHCS changed the academic grading system from 0 to 100 to be 50 to100 in the name of equity. In June 2021 the state changed requirements for the Academically and Intellectually Gifted Program to allow both qualitative and quantitative requirements with a heavy focus on diversity.

This change in our county’s grading system occurred during a time period when many of our students were adapting to remote learning, rather than receive in-person learning, which has been proven to be most successful for students. It was described as an attempt to provide equity so that entire groups of students would not fail their courses and be held back to repeat the academic school year and could then be promoted to the next grade level. Again in the name of equity, our school district decided to keep the 50 to 100 grading scale permanent, but it has only served to lower academic standards and provide the appearance that fewer students are indeed producing failing grades. The reality is that this is a flawed policy that has created a new and lower academic standard for our students, which does not support their educational growth and development. As the affected students move on to their next grade level, it will become the responsibility of their new teachers to not only assist these students with regaining learning loss, but then mastering the skills and knowledge required to academically promote them again to their next grade level.

Rather than changing the grading system and lowering academic standards, our school district should create a policy that promotes reteaching material to reflect student knowledge and growth. Some of our teachers are already doing this by working with students who fail an assignment or a test to focus their efforts by reviewing the content with them so that they demonstrate they understand their assignments prior to the next unit. By adopting this throughout our schools, teachers are provided the opportunity and ability to help these students learn how to focus their efforts so their grade reflects their subject matter knowledge, while also encouraging teachers to ensure content mastery.

Our local school district also needs to continue to apply rigorous standards for our students who have been identified as Academically and Intellectually Gifted (AIG). In June 2021, the North Carolina Department of Public Instruction (NCDPI) changed the state’s requirements for AIG. As part of an effort to create an equitable and diverse opportunity for the AIG program, NCDPI removed the academic requirement standards and allowed school districts to decide to use qualitative or quantitative standards when selecting students with a stated goal of creating a program with a more diverse and equitable population. Teacher discretion and recommendations have consistently been a part of the AIG application process prior to this change. However, allowing full teacher discretion and encouraging diversity could create an environment whereby a child is overlooked because they do not fit into newly created “diverse” categories. All students deserve to be challenged academically regardless of how schools define diversity.

The New Hanover County Board of Education election is very competitive this election cycle and she’ll need all the resources she can get. Please consider supporting her efforts to bring positive change to our public education system by donating to her campaign.